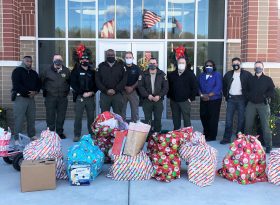 Deputies and staff of the Granville County Sheriff’s Office delivered Angel Tree gifts during the Christmas holidays, Items were personally delivered to go underneath the Christmas tree, along with a special Christmas message.

The Sheriff’s Office also sponsored a local family in need of resources this year, and delivered food, gifts and other items right to their front door.

“Many are experiencing difficult times this year,” said Granville County Sheriff Charles Noblin, “and it was uplifting to see the surprise and gratitude on the faces of those who received gifts for the holidays. We are grateful to all who participated, with special thanks going to ACIM and to Veneto’s Pizza of Creedmoor for their support and assistance. 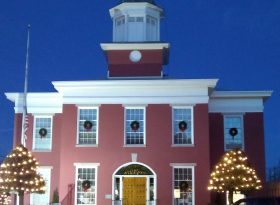 Offices of Granville County Government will be closed for the Christmas holiday on Dec. 24, Dec. 25 and Dec. 28. Offices will re-open on Tuesday, Dec. 29 during normal operating hours of 8:30 to 5:00 p.m.

All branches of the Granville County Library System will be also be closed from Dec. 24 through Dec. 28, re-opening on Tuesday, Dec. 29. Due to COVID-19, limited hours continue for use by the public. Please contact your local library branch for their operating schedule.

The Granville County Landfill in Oxford, as well as convenience sites in Butner, Wilton, Berea, Grassy Creek, Oak Hill and Bullock, will be closed on Christmas Eve and Christmas Day. 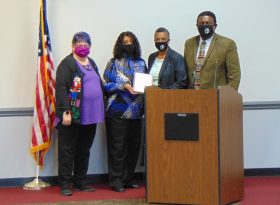 Howard retires after 42 years of service

After a 42-year career, Ernestine Howard of Granville County’s Department of Social Services (DSS) has announced her retirement. Hired in 1978, her long service with Granville County Government has set a record for the most years of employment with the County.

During her career, Howard transitioned to several key areas as needs in the Department changed, moving from a Clerk/Typist in the food stamp program to an Eligibility Specialist. After ten years in that role, she was promoted assistant to the supervisor before being moved to Fraud Investigator for the Public Assistance Program, where she conducted home visits and participated in legal actions. In 2006, Howard was promoted to Food Stamp Supervisor, earning the title of Program Administrator seven years later.

“You have to know about all the programs available and keep up with changes,” Howard said of her experience with Social Services. “You also have to care about the people you serve. That’s what it’s all about.”

Social Services Director Adonica Hampton notes that it has been “her privilege” to serve with Howard each day.

“In the short time I have worked with Ms. Howard, I have seen her commitment to serving our citizens,” she said. “She could have chosen other human services opportunities, but she decided to serve at home, where her heart is. I have the highest regard for her, both personally and professionally.”

A floating reception was held on Dec. 10 in Howard’s honor, with co-workers, colleagues, Commissioners, friends and family in attendance. In his remarks, County Commissioner/Vice-Chair Tony Cozart described Howard as being a valuable asset to the Social Services team.

“Although we wish her the best in her retirement, her years of experience and her compassion for others will be sorely missed,” Cozart said. “She has a heart for public service, and has set a great example for others to follow.” 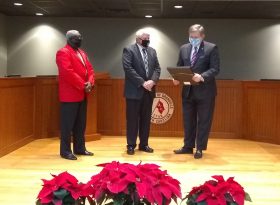 Granville County Commissioner David T. Smith has been awarded the Order of the Long Leaf Pine, one of the most prestigious awards presented by the Governor of North Carolina. The award, established in 1963 and reserved for those making significant contributions to the state and to its communities through “exemplary service and exceptional accomplishments,” was made in honor of Smith’s long and dedicated service to Granville County.

The award was presented on Dec. 7 by Senator Mike Woodard.

As Commissioner, Smith represents the county on the Granville Health System Board of Trustees; the Board of the Kerr-Tar Regional Council of Governments; the City of Oxford’s Downtown Economic Development Commission Board; the Region K Community Advisory Committee’s Board of Directors; and the Triangle North Board. He also serves on the Audit Review Committee; the Board of Equalization and Review; the Emergency Services Committee; Granville County’s 275th Anniversary Planning Committee; the Human Relations Commission; and the Senior Center Advisory Committee (Liaison).

Smith’s extensive career in law enforcement led to a 2019 appointment by Gov. Roy Cooper to serve on the North Carolina Sheriff’s Education and Training Standards Commission. He is also a charter member of Granville County Crime Stoppers, where he serves as Vice-Chair of the Board of Directors.

Smith is a strong advocate for the quality of life for older adults. In 2015, he was awarded the National Aging Impact Award by the Southeastern Association of Area Agencies on Aging (SE4A), one of the highest honors given by the SE4A Board.

As an Order of the Long Leaf Pine honoree, Smith is now included on a roster maintained by the Order of the Long Leaf Pine Society, joining notable recipients such as Maya Angelou, Dale Earnhardt, William C. Friday, Billy Graham, Andy Griffith, Michael Jordan, Coretta Scott King, Richard Petty, Bob Timberlake, Dean Smith, Jeff Gordon, and Charles Kuralt, as well as many others who have demonstrated proven records of service to the state of North Carolina.

Smith is married to Denise Dixon Smith and has three children (Scott, Steve and Megan), two daughters-in-law (Jennifer and Kari) and three grandchildren (Taylor, Isabella and Liam). The family continues his legacy of service, as both sons are First Sergeants with the North Carolina Highway Patrol and his daughter is a registered nurse at Duke Regional Hospital. 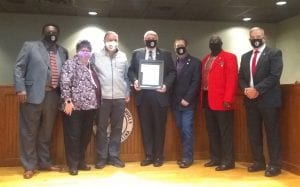 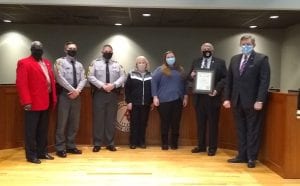 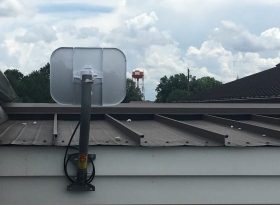 Identified to host broadband equipment for individual paid subscription-based services have been the Wilton Tower in Wilton and the Oak Hill Tower in the northern part of the County, which was the first identified need in 2019. Following a lengthy plan review process, engineers conducted a structural analysis of the Oak Hill Tower and developed construction drafts. With final approval and permitting this past November, equipment has now been delivered and Open Broadband is in the process of scheduling installation dates and tower climbers in that area. After a brief testing period, Open Broadband will reach out to Oak Hill residents who are on their wait list to notify them of service availability.

In Wilton, an engineering consultant has begun work on a structural analysis of that tower’s capacity to support broadband equipment. Revised construction drawings for the site will follow completion of the analysis.

Projects at the Oak Hill Tower and at the Wilton Tower will continue the focus on improving broadband access in the County. The network build is expected to take place over a four-year time period, with Open Broadband working on two new “sectors” each year. Those interested in being added to the Open Broadband contact list for newsletters and service requests should contact Open Broadband LLC at 919-205-5400 or visit openbb.net. Updates are also available at www.granvillecounty.org/Broadband.

Installation of Wi-Fi “hot spot” services has now been completed at the Expo and Convention Center on Highway 15 South in Oxford, enabling internet access in the building and in areas of the parking lot. Installation at the Granville Athletic Park (GAP) on Belltown Road is scheduled for completion by the end of 2020. Coverage will include field spectator areas, the covered area at the concession stand and the new tennis courts/playground area currently under construction (Phase III) at the recreational park.

A Wi-Fi “hot spot” map is now available on the Granville County Government website at www.granvillecounty.org. 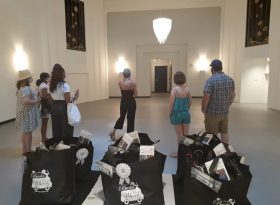 Granville County vendors are invited to participate in the 2021 “Brides on Wheels” Bridal Tour, scheduled for March 28, 2021. Brides planning a 2021-2022 wedding will be taking a scenic “caravan” tour to learn more about wedding locations and resources available to help plan the “perfect” event.

Vendors interested in participating in the “Brides on Wheels” Bridal Tour are requested to register by Jan. 8, 2021. Space is limited, with first priority being given to Granville-based vendors. After Jan. 8, vendors outside of Granville County will be able to sign up to participate, depending on space limitations and availability. All vendors need to register by Feb. 5, 2021.

Sponsorships are also available, as well as opportunities to distribute items to future bridal couples in “VIP bags” given out to all who participate in the Bridal Tour.

For more information about the Bridal Tour, contact Granville County Tourism Director Angela Allen by phone at 919-693-6125 or by email at angela.allen@granvillecounty.org. Brides who would like to save a seat on the “Brides on Wheels” caravan tour can register at https://granvillebows2021.eventbrite.com. 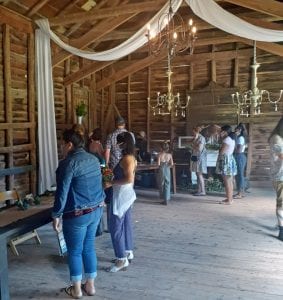 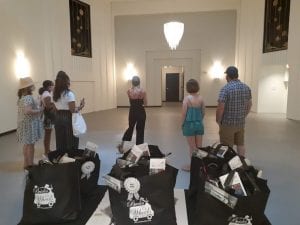 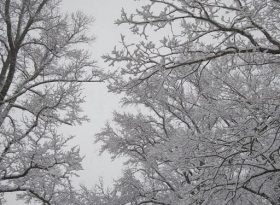 Be ready for winter weather by:

If you must travel during severe winter weather conditions:

Don’t forget to include pets in your emergency plans. To keep animals safe during winter weather:

Granville County Emergency Services reminds all residents to be prepared for inclement weather throughout the year, and to stay informed about the hazards where they live. 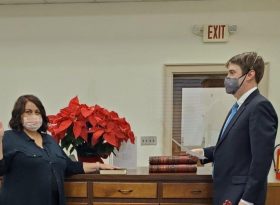 Register of Deeds Kathy Taylor was sworn into office on Monday, Dec. 7 at the Granville County Courthouse. Administering the oath was Clerk of Court Yancey Washington.

The Register of Deeds is an elected office with a four-year term. Duties include providing proper maintenance, storage, recording, and indexing of the County’s public records, including birth and death certificates, marriage licenses, real estate documents, military records and other vital records. The office, located inside the Courthouse at 101 Main Street in Oxford, also provides copies of all documents when requested by the public.

Taylor was re-elected Register of Deeds on Nov. 3 and will be serving her fourth term in this office. 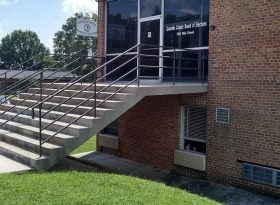 Notice of Recount – Board of Elections

The Granville County Board of Elections will conduct a hand-to-eye recount for the NC Supreme Court Chief Justice seat for candidates Cheri Beasley and Paul Newby. The hand-to-eye recount will begin at 8:00 a.m. on Monday, December 7, 2020 in the Granville County Board of Elections office auditorium located at 208 Wall Street, Oxford, North Carolina.

Due to COVID-19, the Fire Chief has restricted the number of non-Board of Elections employees in the auditorium to 12 people. If you would like to attend the meeting in person, please RSVP by email to the Director at Tonya.Burnette@granvillecounty.org.

The meeting will be broadcast by Zoom and the link is: 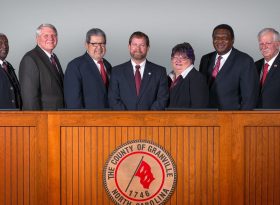 Notice of remote meeting, Board of Commissioners

The Granville County Board of Commissioners will meet remotely by Zoom conference call on Monday, Dec. 7 at 7 p.m. for the regularly scheduled meeting. Please contact the County Administration Office at 919-693-5240 to receive the registration link.

Public comments will be accepted in written format and must be received by Monday, Dec. 7 at 12 p.m. by mail to PO Box 906, Oxford NC 27565, or email to grancomrs@granvillecounty.org.

To view the agenda, please here.

Clerk to the Granville County Board of Commissioners