With the completion of construction work at Granville County’s new Law Enforcement Center, finishing details are now being addressed for the move-in of the Granville County Sheriff’s Office and for the 9-1-1 Emergency Communications Center, which will soon follow.

The project has been ten years in the making, after a space needs study determined the existing 4,900-square-foot facility was no longer adequate. After consideration of several possible sites, the county closed on 35 acres on New Commerce Drive in Oxford in August of 2017. Situated just off I-85, the location is easily accessible from Butner, Creedmoor and Oxford and is a short drive from the Granville County Courthouse.

The new Law Enforcement Center will enable the Sheriff’s Office, Emergency Communications Center and Detention Center to operate under one roof. Plans are for the Detention Center to be transitioned into the new facility in the fall and to be fully operational by the end of the year.

For economies of scale, the Board had also approved the construction of a new animal shelter on the same site, which is also in the final stages of completion. This new facility will include additional kennel space, areas for public interaction with adoptable animals, and administrative offices for Animal Shelter staff and Animal Control. The existing Shelter is located on the site of a former state prison at 5650 Cornwall Road in Oxford, with no room for expansion.

For the design of both projects, the focus was on functionality and security, with a plan to meet the county’s needs for the next 35+ years. Moseley Architects and Bordeaux Construction were awarded contracts for the design and construction of both projects. A ground-breaking ceremony was held in March of 2019 to officially kick off work on the 88,000 square-foot law enforcement center and the 8,500-square-foot animal shelter.

Granville County’s Board of Commissioners and Sheriff Charles R. Noblin, Jr. will be hosting an Open House and Ribbon Cutting for the new Law Enforcement Center on Aug. 10 from 2 until 4 p.m., with a program scheduled for 2:15 p.m. Members of the public are invited to attend and to take a tour of the facility. An Open House for the Animal Shelter will be held at a later date. 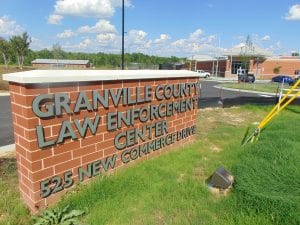 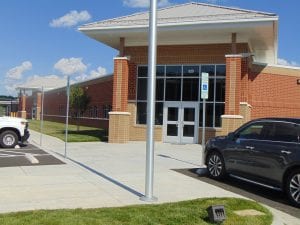 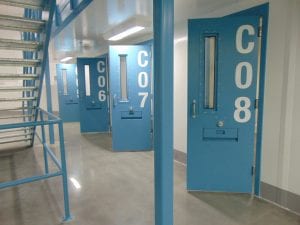 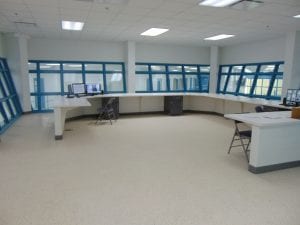