On May 21, 2004, Granville Athletic Park (GAP) was dedicated to the citizens of Granville County after a hard-fought battle to keep out a hazardous waste incinerator. Fifteen years later, the GAP is now the area’s largest recreational area and environmental preserve, serving as a “third home” for thousands of residents and visitors. What happened to change the intended use of this site is the result of many concerned people – from near and far – coming together to make a difference in their community.

In 1989, North Carolina joined a five-state compact that would commit the state to site and build five hazardous waste incinerators for a private company called ThermalKEM. In May of the following year, the list of 18 potential locations had been narrowed to two sites – one on the Rowan/Iredell County border and one near Oxford in Granville County. Land for the incinerator site totaled 580 acres off Belltown Road, which was combined from nine different land owners.

When Granville County residents learned of the plan to locate the toxic waste incinerator in their area, they took action. In addition to multiple local protests, Oxford attorney John Pike secured a loan from Adams Tobacco Company to purchase the 48-acre Ellok Jones farm, one of the tracts of land in the middle of the 580-acre proposed incinerator site. Pike then sold $5.00 ownership shares of the newly-acquired farmland to approximately 8,000 people, most from Granville County but some from as far away as the Soviet Union and South America. The intent was to make it so difficult to negotiate with the large number of shareholders that the state would eventually abandon the project. The idea worked. Facing multiple lawsuits and the publicity that resulted, the state was deterred from their original plan.

In March of 1999, a partnership was forged between Jonesland Environmental Park, Inc. and Granville County. According to the deed between the two partners, 48.28 acres of the land was to be used for recreation and environmental park purposes;  the forestland was to be preserved in a natural state (no clear cutting); the grounds were to be maintained by organic methods defined by the National Organic Standards Board; and the Jones family’s cemetery plot was to be maintained.

On May 21, 2004, the Granville Athletic Park and Jonesland Environmental Preserve was dedicated, with many supportive residents in attendance. The Granville County land that had once been envisioned as a site for the burning of toxic waste is now Granville County’s largest recreational area, covering more than 60 acres as it grows to meet the needs of its residents. Due to continued efforts by county staff, local organizations and volunteers, today’s park includes walking trails, baseball/softball diamonds, soccer fields, picnic areas, open play spaces, playground equipment, pickleball courts, a disc golf course, basketball goals, an educational Kids TRACK trail, an outdoor classroom space, a splash pad, a butterfly garden and many more amenities.

Phase III of the GAP’s expansion is to begin soon, which will include tennis courts, fitness stations, volleyball courts, horseshoe pits, an all-inclusive play area, a sound garden and other additions. 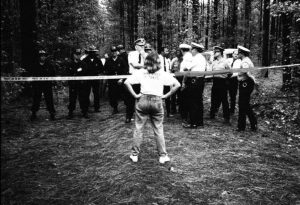 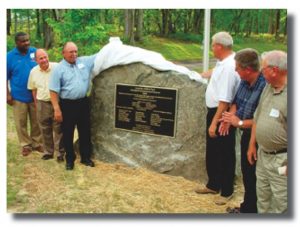 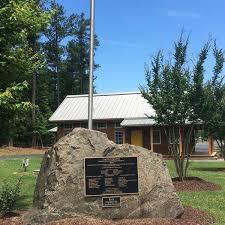